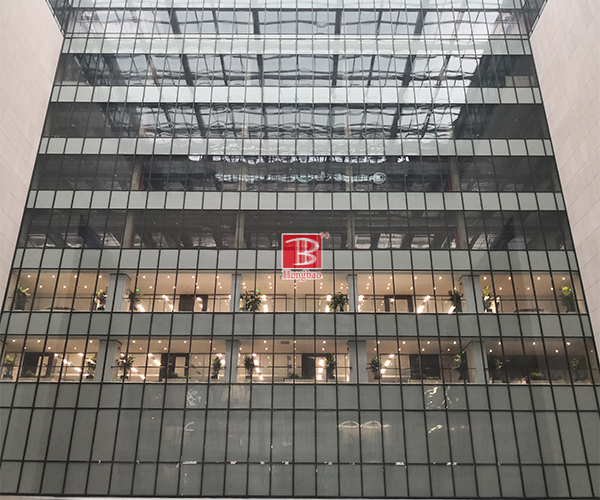 Fire-proof glass curtain wall belongs to passive fire-proof system, its main function is to prevent the spread of fire. There are four ways of building fire spread, including flame spread, heat conduction, heat convection and radiation, accompanied by the spread of smoke. In addition to the first way that the flame spreads the fire by directly igniting the combustible material, the last three ways are to make the combustible material be ignited by different heat transfer processes, thus causing the spread of the fire. Therefore, the design of fire-proof glass curtain wall is focused on how to prevent the spread of fire.

According to the way of building fire spreading and the function of fireproof glass curtain wall, it should have the following basic characteristics:

1. Cut off smoke. That is, when a fire occurs, the smoke generated by the fire can be blocked from the burning side to the backfire side. This is the most basic requirement. Reasonable and effective blocking is the smoke generated by fire, avoiding chimney effect, controlling the spread of fire, ensuring the smooth passage of evacuation or effective refuge.

2. Fire-resistant integrity. That is to say, when a fire occurs on one side, it can prevent the flame from penetrating or appearing on the back of the fire for a certain period of time. According to the design requirements of building fire protection, fire-proof glass curtain wall should have good integrity. If a fire falls down, it collapses or fails to meet the requirements of the time limit for fire prevention, the fire will spread and the purpose of reducing fire losses will not be achieved. Chinese style

3. Fire resistance and heat insulation. That is to say, when a fire occurs on one side, the temperature on the back of the fire can rise within a certain period of time so as not to ignite the articles in the back fire area. If the smoke insulation is satisfied, the integrity is guaranteed, but because the heat generated by the fire passes through a large number of thermal radiation behind the fire-proof glass, the flammable material on the back of the fire burns, and it does not play a role in fire prevention. 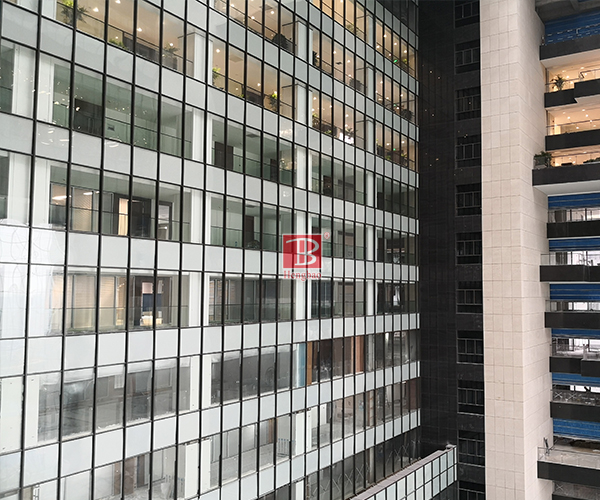 1. The frame is made of thick, high temperature resistant and high quality steel.

4. Use of high-quality adhesives for curtain walls

A key to call A key navigation